This bowl was picked up during some field work in Nepal about 2 decades ago. Marked or notched on the upper lip with the 4 Directions, this singing bowl is nearly 11 inches. Based upon the field notes regarding this bowl, it came from the family of a Tamang shaman. The Tamang are one of the ethnic groups in Nepal that have ties to the Tibetans. Originally believed to have been brought into Nepal as the horse soldiers of a Tibetan King's military campaign into Nepal long ago. The horse soldiers stayed behind and became one of Nepal's largest ethnic groups. Tuning reference @ 432, this bowl pulses between Bb and A, finally resting on A. Email for pricing. 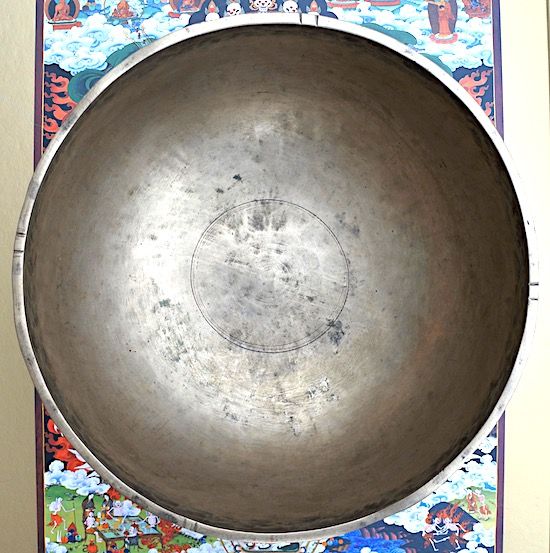 Notched with the 4 Directions 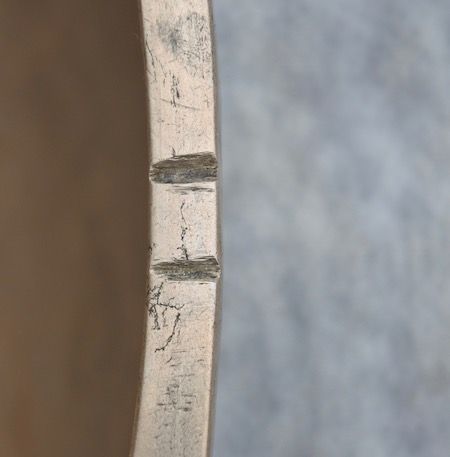 It has been dated to the Rana period of Nepal 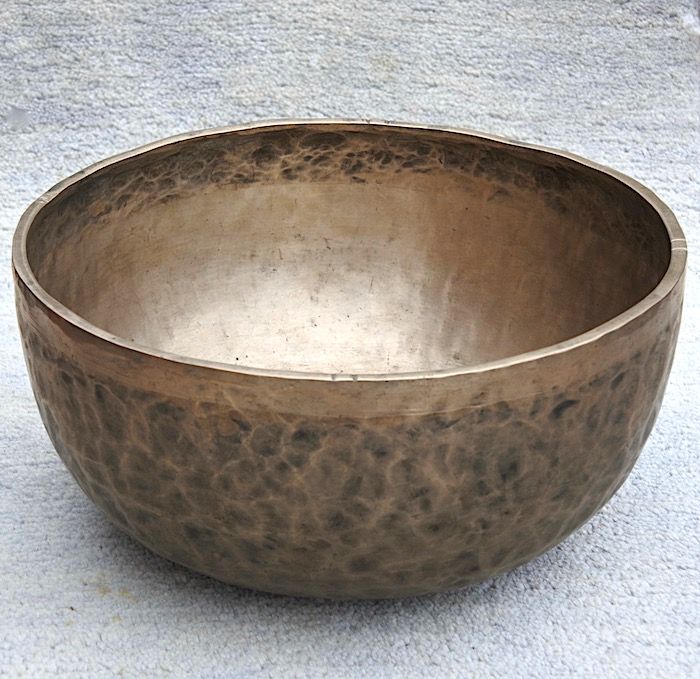